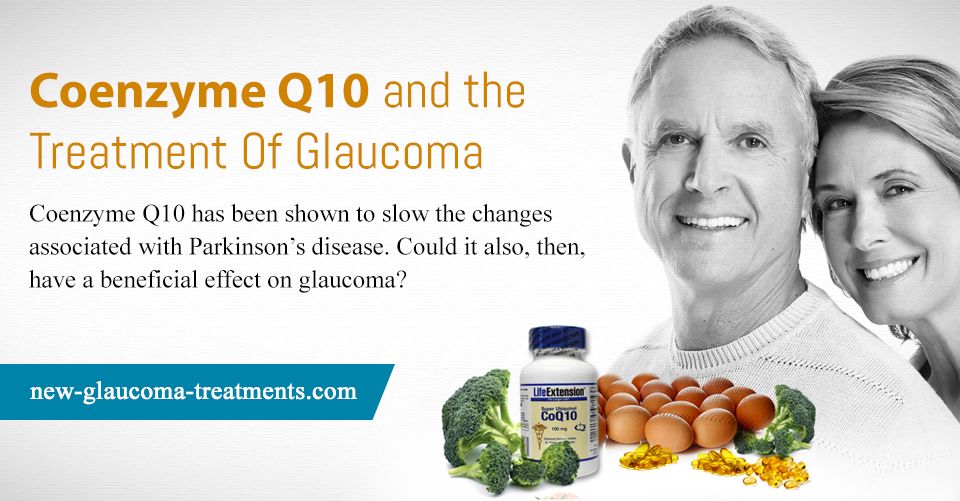 What is Coenzyme Q10?

Coenzyme Q10 (CoQ10) is naturally found in the mitochondria in our cells.  Mitochondria are essentially the cell’s batteries or power generators. Coenzyme Q10 is a key enzyme in the production of this energy. It is also a powerful antioxidant and protects neurons against damage. As such, it is a neuroprotectant.

Vision is lost from glaucoma because the cells that transmit the visual signal from the eye to the brain die.  These cells are called Retinal Ganglion Cells. At least in one laboratory study, the Retinal Ganglion Cells of rats given Coenzyme Q10 survived after the intraocular pressure was raised.[1]

We cannot, however, assume that what works in rats will work in humans.  There are no studies looking at the use of Coenzyme Q10 in the prevention or treatment of glaucoma. That being said, glaucoma may have something in common with Parkinson’s.[2] Coenzyme Q10 has been shown to slow the changes associated with Parkinson’s disease.[3] Could it also, then, have a beneficial effect on glaucoma? It’s an intriguing, though currently unanswered, question.

Coenzyme Q10 is generally well tolerated. However, nausea, vomiting, diarrhea, appetite reduction, and heartburn have been reported in approximately 1% of those who take this supplement. Some of these symptoms can be reduced if amounts over 100mg are split over multiple doses. An allergic rash appears to be rarely encountered.

Coenzyme Q10 may have a blood pressure lowering effect. As such it should be used with caution in those who are already taking antihypertensive medications.

Coenzyme Q10 may decrease the effectiveness of Warfarin. As such it should be used with caution in those who are already taking this blood thinner.

As no human glaucoma studies have been done looking at Coenzyme Q10 it is not possible to recommend a dose. However, in patients with Parkinson’s the studied daily dose ranged from 300mg-1,200mg per day. The effect appeared to be dose-dependent with the greatest benefit noted at 1,200mg per day divided into 3-4 doses.

As with most supplements, cost can vary widely. Take note, however, that the quality can vary as much as the price. To be certain you are getting a high quality product I would recommend you only purchase supplements such as Coenzyme Q10 from a trusted brand such as Life Extension.