Astaxanthin – Could it Have a Role in the Treatment of Glaucoma? 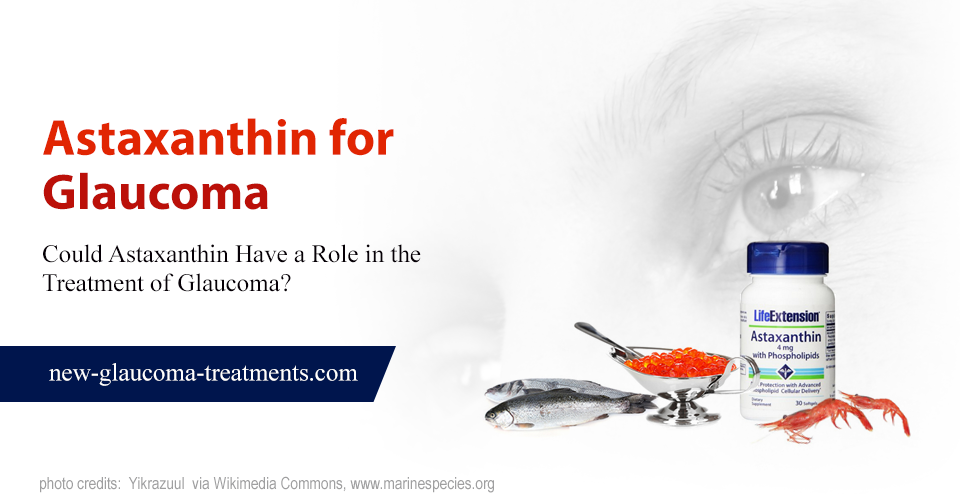 Astaxanthin is a member of the class of molecules termed carotenoids. It is naturally found in certain species of microalgae, salmon, trout, shrimp, lobster, fish eggs, and a number of bird species.[1] Similar to beta-carotene, it has antioxidant properties. In fact, it may even be a more powerful anti-oxidant than beta-carotene.[2]

Evidence that Astaxanthin can be effective in the treatment of Glaucoma

In one laboratory study rats with experimentally induced elevated IOP were given astaxanthin in doses well beyond what would normally be consumed by humans. In those rats receiving astaxanthin, the retina was both functionally and microscopically less damaged than in the rats that received no astaxanthin.

Although these results are encouraging, no one knows if it is safe for humans to take astaxanthin in such high doses for any period of time. Hopefully human trials will be conducted both to confirm the benefit as well as to suggest a proper dose.

It should be noted, however, that a similar molecule, canthaxanthin, has been associated with loss of vision due to crystal formation in the retina.[6] As such, anyone taking astaxanthin who notes vision loss should immediately discontinue astaxanthin.

Also of note is that supplementation with the carotenoid beta-carotene has been associated with an increased risk of lung cancer. As astaxanthin is a carotenoid its use should probably be avoided by those who are active or have been active smokers.

As no human glaucoma studies have been done looking at the role of astaxanthin, it is not possible to recommend a proper dosage.

As with most supplements, cost can vary widely. Take note, however, that the quality can vary as much as the price. To be certain you are getting a high quality product I would recommend you only purchase supplements such as astaxanthin from a trusted brand such as Life Extension.

Kupcinskas L, Lafolie P, Lignell A, et al. Efficacy of the natural antioxidant astaxanthin in the treatment of functional dyspepsia in patients with or without Helicobacter pylori infection: A prospective, randomized, double blind, and placebo-controlled study. Phytomedicine. 2008;15:391-99..