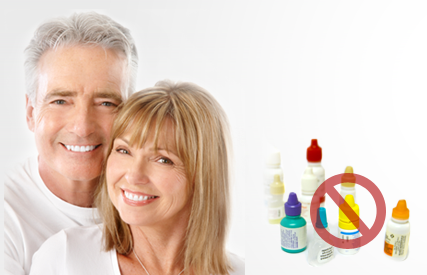 Canaloplasty can be done on its own or at the same time as cataract surgery (in which case it is called “PhacoCanaloplasty”). It is a “non-penetrating” glaucoma surgery which means it does not require creation of a hole in the eye (fistula) nor does it result in a “bleb” as required with the more traditional glaucoma surgery called trabeculectomy (“trab” for short).

Do you suffer from open angle glaucoma? Drops not working? Do you find it difficult to afford your medications or do they give you bothersome side effects?  Canaloplasty is a newer, safer surgical treatment, which has been successfully helping many glaucoma patients worldwide control their eye pressure (IOP) – many, who after surgery, no longer need their eye drops!

Canaloplasty uses a micro-catheter to open the eye’s natural drainage system (“Schlemm’s canal”).  This canal is then opened using a sterile, gel-like material (“viscoelastic”). The iTrack® micro-catheter is then removed while a suture is threaded through Schlemm’s canal.  The suture is then tied down resulting in tension on the the inner wall of the canal – just as you might pull on the strings of a “hoodie” to close the hood over your face.  The suture placed in the eye’s drainage canal can keep the canal stretched open for years.  Once this canal is opened, the eye’s fluid can exit through a more natural process allowing the pressure in the eye to drop to a more normal level. Watch below video to see how Canaloplasty is performed.

What Are the Benefits of Canaloplasty?

Yes, Canaloplasty Has Proven to Be Effective.

Yes, Canaloplasty Has Been Proven to Be Effective.

A study compared the results of Canaloplasty vs. trabeculectomy. Although there was no significant difference in the final intraocular pressures (IOPs) between the two surgeries (meaning both surgeries were equally good at lowering IOP), two differences were noted:

Have more questions?  We have the answers.  Check out our Canaloplasty Frequently Asked Questions for answers to over twenty of the most commonly asked questions about Canalopalsty

I’ve had Glaucoma Surgery. Can I have Canaloplasty?

If you have had either of the laser surgeries for open angle glaucoma (Argon Laser Trabeculoplasty or Selective Laser Trabeculoplasty), you may still be a candidate for Canaloplasty. It depends, however, on how much scarring there is from the laser surgery. Although your surgeon can visually inspect the area around Schelmm’s canal using a special contact lens (a technique called gonioscopy), s/he cannot tell if there has been permanent scarring of the canal itself. It may not be possible to fully catheterize the canal if there is dense scarring of the canal (called stenosis). In that case, your surgeon would not be able to stent the canal open with a suture, but would still inject a special gel (called a viscoelastic) into the partially opened canal. When the canal cannot be fully cannulated and the stent is not placed, this is called viscocanalostomy. Although not as effective as canaloplasty, it can still lower the IOP.

Will I be able to stop using Glaucoma drops after Canaloplasty?

Possibly. Remember that the primary objective of any glaucoma surgery (including Canaloplasty) is to lower your IOP into a safer range and protect you from further loss of vision. A secondary goal would be to reduce (or even eliminate) the use of glaucoma drops. Studies have shown Canaloplasty to be effective at achieving both of these goals. Not only do most people who undergo Canaloplasty have lower IOPs after surgery, but on average, they are able to stop just under two medications. What does “just under two” mean? Well, some people are able to stop one drop, some two, others none and some are even able to stop all of their drops. How many you will be able to stop if you have Canaloplasty cannot be predicted, though it’s likely that you will be able to stop at least one of them if you are on multiple drops.

Yes. A recent study compared one year results of Canaloplasty vs. trabeculectomy. Although there was no significant difference in the final intraocular pressures (IOPs) between the two surgeries (meaning both surgeries were equally good at lowering IOP), two differences were noted:

I wear soft contact lenses. Can I continue to wear them after Canaloplasty? 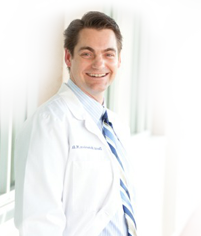 Dr. David Richardson is among a select group of ophthalmologists in California offering Canaloplasty as a treatment option for his glaucoma patients. He has received numerous awards and is the personal eye surgeon for many of the most respected doctors in the San Gabriel valley. Dr. David Richardson tracks his Canaloplasty results and publishes them for everyone to see. View Canaloplasty Surgery Results.

(This will take you to Dr. David Richardson's website)