What Is Trabeculectomy Surgery? 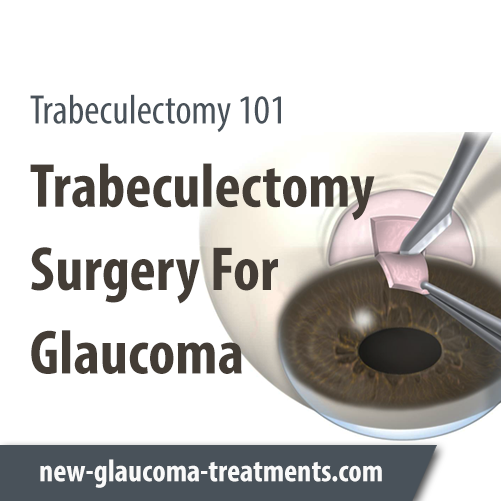 Why is it that trabeculectomy is both heralded by glaucoma surgeons as the “gold standard” in glaucoma surgery treatment while at the same time it is feared by well-informed patients as well as regretted by many who have had it done?  How can we reconcile this seeming paradox?

Trabeculectomy, also known as filtering surgery, has been around since 1968.  Clearly it must have great value in the treatment of glaucoma to have survived essentially unchanged for half a century.  As glaucoma surgeries go, it is the most likely surgery to lower the intraocular pressure (IOP) into the low teens, or even below 10mmHg.   Few other glaucoma surgeries can achieve such impressive IOP reduction and none do so as often as trabeculectomy.  However, this comes at great potential cost to the patient.  This cost is not a financial one as nearly every insurance (including Medicaid) covers this surgery.  The cost is in the form of risks, side effects, and post-operative lifestyle limitations.

In order to understand the good, the bad, and the ugly [“The Good, the Bad and the Ugly (1966 film)] aspects of trabeculectomy, it is necessary to understand a bit about the surgery itself.  The more common forms of glaucoma are thought to be caused by an obstruction of the eye’s drainage system: trabecular meshwork, Schlemm’s canal, and associated collector channel system.  Thus, if one could effectively bypass the obstruction then fluid could exit the eye and the IOP would be lowered.  Trabeculectomy does exactly that – bypassing the obstruction by creating a fistula (hole) in the wall of the eye (sclera) that allows fluid to bypass the obstruction.

Now it should be clear that a hole is not something anyone wants in their eye.  Additionally, if a surgeon simply punched a hole in the eye the fluid inside the eye would flow through this hole until the pressure inside the eye reached atmospheric pressure.  This would be quite dangerous and if left untreated would eventually lead to blindness as the eye requires a minimum IOP of about 7mmHg in order to function properly.  An intraocular pressure below 8mmHg is termed hypotony.

In order to limit the risk of hypotony, glaucoma surgeons create a small flap of scleral tissue to cover the hole in the eye.  This flap is then loosely sutured to allow fluid to percolate through the sides of the flap underneath the conjunctiva.

>> So why choose canaloplasty over other
more traditional glaucoma surgeries? <<

The conjunctiva is the clear membrane that covers the sclera.  It looks a bit like plastic wrap with small blood vessels in it.  You don’t generally notice this membrane unless you have allergies or get an eye infection or have eye surgery.  Any of those conditions will cause the blood vessels to become dilated.   This results in the conjunctiva changing its appearance from a thin, transparent tissue to a red, thickened blanket over the sclera.

When fluid is allowed to percolate through the fistula underneath the conjunctiva it results in a bleb, which looks like a small blister on the surface of the eye.  The appearance of a bleb is a good indicator that trabeculectomy surgery is working. Indeed, most of the challenges as well as problems from trabeculectomy are related to maintaining a decent-sized bleb.

The body naturally wants to heal wounds and the hole created during trabeculectomy surgery tends to close over time. As the fistula seals, the bleb decreases in size and the IOP rises again.  To prevent or minimize the risk of “bleb failure”, most surgeons apply anti-fibrotic drugs such as Mitomycin-C (MMC) or 5-Fluorouracil (5-FU) to the incision site prior to or after surgery. These drugs are often quite effective in limiting the natural healing process and reducing scarring that could result in surgical failure.

Most blebs are not actually visible to patients or people looking at them as they are generally located on the upper surface of the eye and are therefore covered by the eyelid. Occassionally, however, blebs can be large enough to be seen below the eyelid or even cause a visible deformity of the upper eyelid.

Clearly, playing with the body’s natural healing process has its downsides.  Indeed, most of the risks and lifestyle limitations associated with trabeculectomy are related to the need to protect the fragile non-healing bleb.  After use of MMC a torn or infected bleb cannot properly heal itself.  Because of this it is critical that activities be limited and any sign of eye infection after trabeculectomy be immediately treated by an ophthalmologist .

Bleb-related issues aside, trabeculectomy is an effective surgery which for millions of glaucoma patients has delayed or prevented blindness from glaucoma.  No doubt this is why it has had staying power among glaucoma surgeons for so many decades.

Why Trabeculectomy is the Most Common Glaucoma Surgery →

Learn more about glaucoma treatment options (Topical and Oral Medications For Glaucoma, Surgeries and Procedures For Moderate and Advanced Glaucoma,Complementary and Alternative Medicine) at Dr. David Richardson’s website. Call today to schedule your appointment with Dr. Richardson at 626.289.7856.