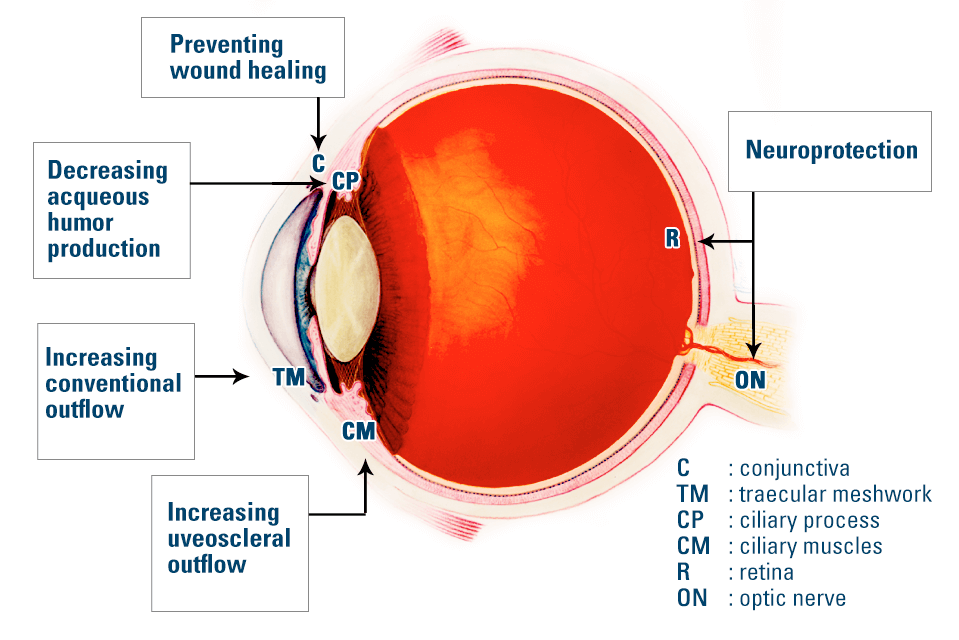 Strategy: The basic plan of action is to “reprogram” select cells to make more or less of something (usually a protein). Proteins often act as either messengers or building blocks. How this would effectively treat glaucoma would depend upon the cell targeted and the protein made.

Method: We’re all familiar with computer viruses inserting code onto our computers. The same thing can potentially be done with real viruses except they would insert genes (rather than electronic bits) into actual cells.

In order to insert genes into selected cells the virus must be delivered to the cells. When the target is trabecular meshwork cells the viruses can be delivered through the same microcatheter used for Canaloplasty glaucoma surgery. This technique has already been done with some success in monkeys.

Outcomes/Consequences: Modifying protein production generally results in action at the cellular level. With glaucoma, the following outcomes would be desireable:

Obstacles: There are many. Following are just a few.

Localization. You don’t necessarily want all the cells in a given tissue/organ to start producing a certain protein. At the very least this would waste cellular resources (similar to turning on all the lights in a house when all you need is a reading lamp). Additionally, the same protein may result in different actions by different cells. As such, any virus used must specifically target only the cell type to be modified.

Toxicity. Viruses usually kill cells. That is clearly not desirable when the intent here is to actually improve the function of a given cell. After all, if the trabecular meshwork cells were further damaged by such therapy one’s glaucoma could get much worse.

Immune/Inflammatory Reactions. Our bodies are programmed to destroy both viruses and the cells infected by viruses. In order for gene therapies to work this reaction must be blunted or eliminated. Inflammatory debris can clog the eye’s drainage system resulting in elevated IOP and progression of glaucoma – just the opposite of what would be desired.

Expression. Just because a gene is inserted into a cell doesn’t mean it’s going to do anything. A program on a computer has to be “opened”. Similarly, the genes have to be “turned on”. So gene therapies must not only be implanted into the correct cells, but they must be “expressed” as well. Otherwise it’s like installing a program that’s never actually run.

Duration. As already mentioned, genes must be “turned on” in order to have an effect on cellular functioning. But they can also be turned off through feedback loops controlled by other genes. In one experiment on monkey eyes the cells did just that. After months of successful gene expression the genes simply “shut down”. Clearly, in order for gene therapy to provide a long-term treatment of glaucoma this problem must be solved.

Gene therapies are both innovative and exciting potential treatments for chronic conditions such as glaucoma. However, as Dr. Kaufman made clear, there are still a number of hurdles that will need to be cleared before such treatments will be available for human use.

Don’t delay getting checked for glaucoma

Make an appointment with an eye doctor in your area now.  If you live in the greater Los Angeles area and would like Dr. David Richardson to evaluate your eyes for glaucoma call 626-289-7856 now.  Appointments are available Tuesday through Saturday.