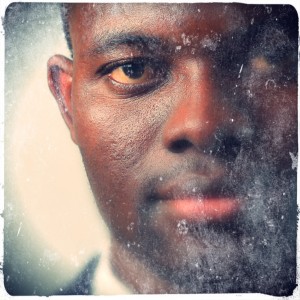 Unknown to many, the second leading cause of blindness around the world is a condition called glaucoma. People may have it for years without being aware of it. There is really no sufficient explanation as to what causes it. Those who suffer from it have elevated pressures in the eye and show damage in their optic nerve. Although glaucoma is commonly documented in the elderly, genetics is the main culprit behind the early development of glaucoma seen in young African American adults.

It is in fact not unusual to see glaucoma as early in their 20’s to 30’s among African, Hispanic and Asian descent (1, 2).  African Americans are twice as likely to develop open angle glaucoma than Caucasian Americans (12%), with Hispanic Americans coming in second (6.5%). These groups also show faster and more progressive damage. Moreover, studies also reveal that among Asian Americans, those of Chinese, Vietnamese and Japanese descent are more likely to have normal intraocular pressures despite obvious damage in their optic nerve. (2)

A group of researchers recently discovered that this genetic vulnerability is  due to higher than normal  oxygen levels in African American eyes. Oxygen molecules are believed to produce toxic cellular by-products responsible for the damage occurring in the glaucomatous eye. (1) Experts say that oxygen in the eye produces free radicals that damage its vital structures- one of which is the canal that normally drains the aqueous fluid and the other is the nerve that transmits the light signals to the brain. This process gradually goes on for years without producing any symptoms.

Fortunately, the normal healthy eye is equipped with a built in molecular cleaning system that rids it from these harmful oxygen radicals. The gene called TDRD7 has been shown to code for this vital scavenger protein.(3) Those with congenital glaucoma or early onset glaucoma are now believed to have genetic mutations in this gene which cause them to lose this protective mechanism, consequently leading to childhood or early onset glaucoma. (3)

In the future, this information may lead to gene therapy for glaucoma. With such therapy, loss of vision need not be the destiny of young African Americans with glaucoma.  Until then, genetically predisposed races, especially African Americans should at least have their eyes checked by an eye doctor or a glaucoma specialist in their 20’s or 30’s and have regular follow-up in the succeeding years.