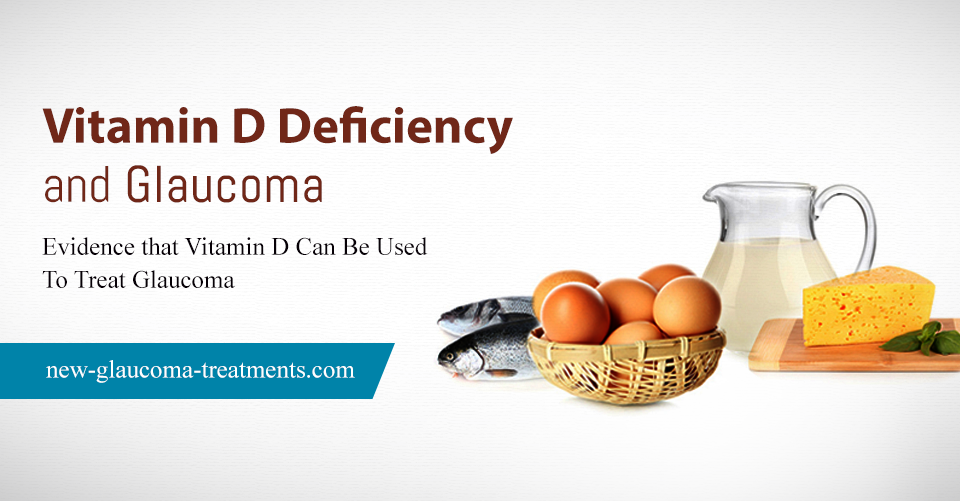 What is Vitamin D?

Vitamin D is a fat-soluble chemical naturally produced by our bodies during exposure to the sun.  That’s a good thing as there are very few natural dietary sources of Vitamin D other than fatty fish such as herrings, mackerel, sardines, and tuna.  Vitamin D helps our bodies absorb critical minerals such as calcium from our gut.  Calcium is needed for bone health.  As such, Vitamin D supplements are commonly recommended to treat disorders of the bones such as osteoporosis.

Evidence that Vitamin D Can Be Used To Treat Glaucoma

In early 2014 a study was published that supported the association of Vitamin D deficiency with the presence of glaucoma.[1]  Vitamin D deficiency is relatively common among adults in industrialized countries (especially in urban environments). Thus, it makes sense for those at risk for glaucoma to get tested for Vitamin D deficiency.  If deficient then supplementation would be advisable.

Vitamin D is generally well tolerated in the doses used to treat Vitamin D deficiency.  When taken in excessive doses, however, it can result in too much calcium in the blood (hypercalcemia) or a decrease in blood cells (anemia).  Both of these conditions are associated with a long list of vague symptoms (such as fatigue) but can be easily diagnosed with a simple blood test.

These include chlorothiazide (Diuril), hydrochlorothiazide (HydroDIURIL, Esidrix), indapamide (Lozol), metolazone (Zaroxolyn), chlorthalidone (Hygroton). Thiazide diuretics limit the body’s ability to remove calcium through the kidneys. This could result in hypercalcemia in those who are also taking Vitamin D and/or calcium supplements.  Regular blood monitoring of Vitamin D levels is advised in those who are taking both thiazide diuretics and Vitamin D supplements.

The association with glaucoma is relative to the Vitamin D deficiency: the more deficient, the higher the association.  Thus, dosage will depend upon the results of an individual’s blood testing.  Initial recommended dosages can be as high as 50,000 IU per week followed by much lower maintenance doses in the range of 400-2,000 IU per day. If you are Vitamin D deficient you should follow your family physician’s or internist’s advice regarding dosage and frequency of Vitamin D supplementation.