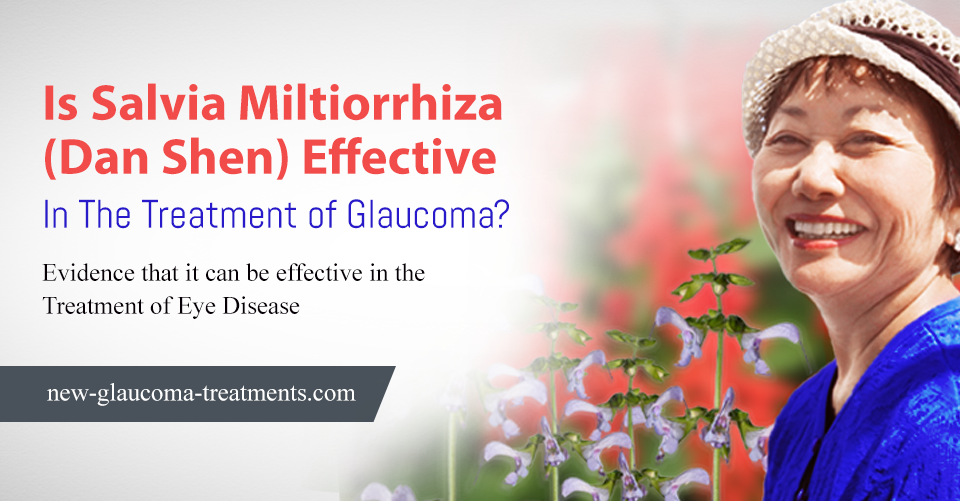 What Is Salvia miltiorrhiza (Dan Shen)

Salvia miltiorrhiza (Dan Shen) is an extract from the root of the plant known as Red Sage or Chinese Sage. The extract is a complex mixture of active chemicals. Among other things, these active ingredients have blood thinning and blood flow modifying activity.

Evidence That It Can Be Effective in the Treatment of Eye Disease:

Glaucoma is a disease of the retinal ganglion cells which make up the optic nerve. Over the years many different chemicals have been tested in laboratory animals to determine whether there is an effect on retinal cells. In one study of a rabbit model of glaucoma, intravenous Salvia miltiorrhiza was evaluated.  Notably, retinal ganglion cell damage in these rabbits was reduced by intravenous treatment with Salvia miltiorrhiza.[1]

Benefits seen in laboratory animals may be encouraging, but they don’t always translate to benefits in humans.  The only study performed on humans using Salvia miltiorrhiza as a treatment of glaucoma used intramuscular injections of Salvia miltiorrhiza.  In this study vision seemed to improve and visual fields appeared to stabilize.  However, it is not known whether such an effect would be seen in those taking Salvia miltiorrhiza by mouth.[2]

Salvia miltiorrhiza is chemically similar to Digoxin.  It can both alter the “digoxin level” blood test results as well as potentially lead to life-threatening side effects when taken with Digoxin. Therefore, Salvia miltiorrhiza should not be taken by anyone already taking Digoxin.

(This will take you to Dr. David Richardson’s website)

As with most supplements, cost can vary widely. Take note, however, that the quality can vary as much as the price. To be certain you are getting a high quality product I would recommend you only purchase supplements such as Salvia miltiorrhiza from a trusted brand.