Why You Should Care About Glaucoma 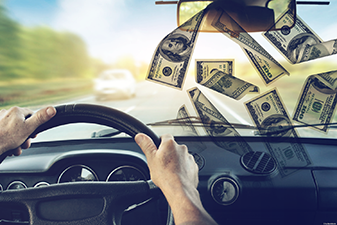 It’s a pretty good assumption that if you are reading this either you’ve been diagnosed with glaucoma, told you are at risk for glaucoma, or know someone with glaucoma. These are all good reasons to care and to want to gain more knowledge about this disease of the eye.

Another good reason to care is that ignorance of glaucoma could lead to blindness. Glaucoma has been called “the silent thief of sight” for good reason. The vision lost from the most common type of glaucoma is stolen so slowly and subtly that the victim is simply unaware of any loss until she begins to bump into doorways or fails a driver’s license exam. Imagine having a bank account from which someone is slowly withdrawing funds without your knowledge. If you were not diligent in monitoring your statements you might have no idea funds were depleting until one day your debit card purchase was denied for lack of sufficient funds. So it is with glaucoma and loss of vision.

Sounds incredible, even unbelievable, doesn’t it? Part of you is likely thinking, “That’s absurd. I’d know.” But the reality is that you wouldn’t. Why? Because glaucoma doesn’t cause blurred vision until very late in the disease. Sure, you’d notice that, but by then it’s too late. What glaucoma does in the early stages is so sneaky its simply undetectable by the individual who is slowly and permanently losing vision.

Did I say “permanently”? Yes. Chalk up another reason to care. Unlike with some other common eye diseases, the vision lost to glaucoma is lost forever. Unlike having funds stolen from your bank account, there’s no redepositing stolen vision back into your eyesight.

How does one guard against this sneaky thief of sight? The same way you would guard against a criminal: with vigilance and monitoring. In the case of glaucoma this involves periodic eye exams and specialized testing available in the offices of most eye doctors.