What Are the Risks of Endocyclophotocoagulation (ECP)? 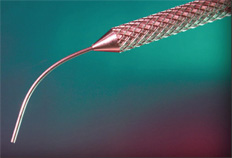 ECP treatment with a curved probe via www.ophthalmologymanagement.com

Fortunately, many of the risks associated with Transscleral Cyclophotocoagulation (TCP) are rarely seen after Endocyclophotcoagulation (ECP). However, there are still a few commonly seen and undesired outcomes associated with ECP. Following is an incomplete list of just the more commonly encountered risks.

For example, as I write this post I have a patient who is just over one month out from ECP performed by another surgeon who is, BTW, a very skilled surgeon. Prior to ECP he was taking only one glaucoma medication. He now requires the use of four separate medications to achieve the same IOP control noted prior to ECP using only one medication. I am hopeful that this will resolve with time. However, this experience alone makes me uncomfortable with offering this therapy to my own patients.

Treatment of the ciliary processes actually requires a bit if finesse. Too little treatment and the ciliary process bounces right back with its production of aqueous. Too much treatment and it actually “pops” like a popcorn kernel. The latter can be associated with a severe inflammatory reaction resulting in fibrin strands in the eye. This can happen in about one quarter of those who have ECP. Vision can be temporarily decreased if the fibrin forms a curtain over the pupil. Generally this resolves with topical steroid use. 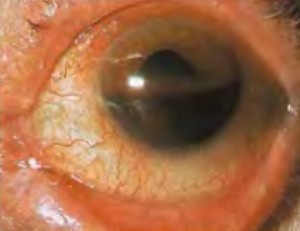 Bleeding in the Eye (Hyphema)

Bleeding in the front part of the eye (called a “hyphema”) can be seen after just about all surgical glaucoma treatments. A hyphema can be expected in approximately 12% of those who have ECP.

Inflammation in the eye can result in swelling of the central retina (called “macular edema”) which can then lead to loss of vision if it does not resolve. About one in ten people who have ECP will develop macular edema. Fortunately, this generally resolves with only eye drop treatment.

Considering that the entire purpose of glaucoma surgery is to save vision, any risk of loss of vision is serious. Although earlier studies noted vision loss in up to 6% of those who had ECP, such a high risk has not been seen in more recent studies.

Another risk that is seen in almost all glaucoma surgeries is swelling of the inner lining of the eye (called a “choroidal detachment”). This can be expected in just under 1 in 20 patients who have ECP. Fortunately, choroidal detachments generally resolve with topical (eye drop) treatment. Occasionally, however, surgery is needed to resolve this condition.