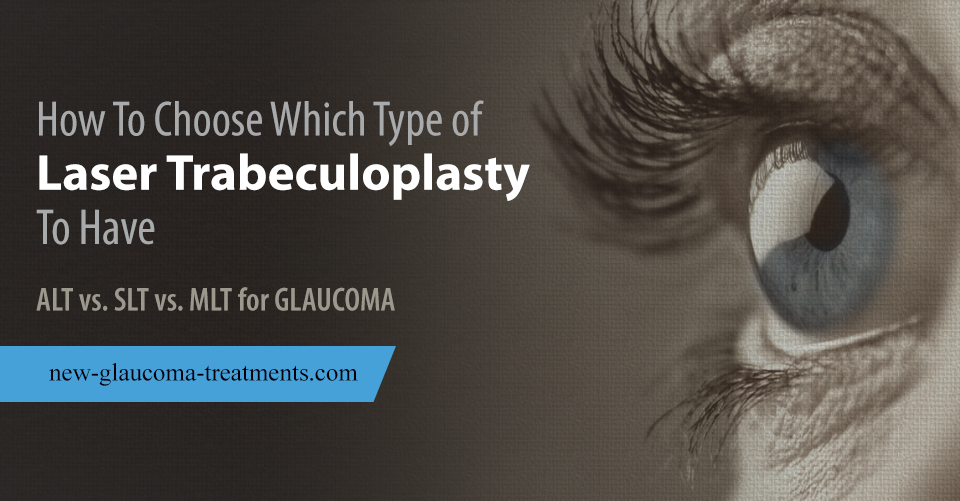 Why, then, would anyone choose to have ALT?

Certain types of glaucoma may respond very well to ALT. Pigmentary glaucoma is one of these. Of note is that eyes with heavily pigmented drainage angles are more likely to have an IOP spike after SLT. Rarely such IOP elevations have required non-laser surgery to control.[1] For these reasons, patients with heavily pigmented angles may be better served by ALT than SLT.

Additionally, up until just recently the SLT laser had a price tag in the USA of about $70,000! Argon units, on the other hand, could be purchased for between $20,000-40,000.  Additionally, an Argon laser can be used for many different types of eye treatment whereas an SLT laser is a “one trick pony”.

As you can imagine, not every eye surgeon could afford to place one of these units in the office. Now, however, both SLT and MLT lasers can be purchased for around $30,000-40,000. Although not an “impulse purchase”, a busy glaucoma surgeon can now expect to be able to afford to pay down the price of these units over a few years.

Laser Trabeculoplasty works about as well as a single glaucoma drop. Given the long-term side effects associated with chronic glaucoma drop use as well as the cost of medications most patients with open angle glaucoma should at least consider the option of SLT.

← Who Should Consider Glaucoma Treatments Other Than Laser Trabeculoplasty?

What Are The Risks Of Laser Trabeculoplasty? Who Should Consider?→