A Glaucoma Treatment Guide For Patients And Caregivers 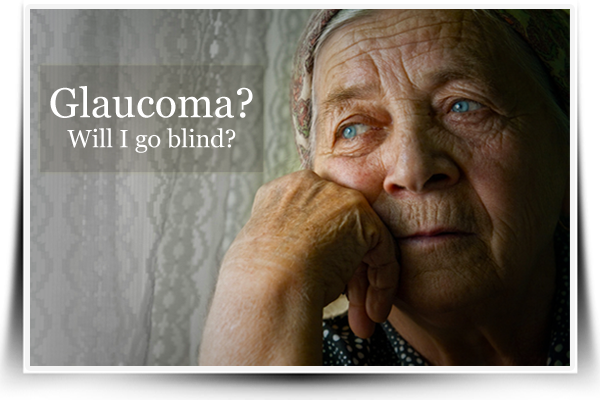 Being diagnosed with glaucoma can bring feelings of panic to both patients and their loved ones. Glaucoma is called the silent “thief of sight” and the second leading cause of blindness around the world. Rarely do symptoms appear until damage to the nerves is detected on eye examination. The cause of primary open-angle glaucoma is still fairly unknown, but there is a significant relationship between elevated pressures of the eye and a rapid progression of blindness. Primary glaucoma is also noted to be common among the elderly and African-Americans.  Medical conditions like hypertension, diabetes, genetic eye diseases, eye trauma, tumours and infections are considered as secondary causes of glaucoma.

To understand the abnormality involved in glaucoma, one can imagine the aqueous humour as the fluid that bathes and cushions the delicate structures of the eye. This fluid is produced from tiny blood vessels of the eye called choroid and subsequently drained through a system of canals called trabecular meshwork. If the latter gets clogged, the pressure builds up in the eye like a balloon near bursting and consequently compromises the optic nerve of the eye and leading to irreversible blindness.

To arrest this onslaught of nerve damage, reduction of intraocular pressure (IOP) in the eye is the single most important goal of glaucoma treatment. However this is not always the case as one third of glaucoma patients have normal eye pressures despite obvious nerve damage. For secondary glaucoma, correcting the underlying cause should be done.

With the advent of modern medicine, there are a number of glaucoma treatment options now available which can effectively treat glaucoma patients without compromising their safety. Treatment ranges from traditional glaucoma eye drops and traditional surgery, to the more sophisticated procedures like argon lasers, sclerotomy, viscocanalostomy, and artificial drainage devices. Current glaucoma treatment guidelines follow a step-up approach, with topical eye medications as the initial treatment of choice. Pilocarpine and physostigmine, the forerunners of anti-glaucoma drugs were used as early as 1870. These drugs relieve intraocular pressure by constricting the pupils (opening) of the eye, thereby widening the area of junction where the canal is found.  In the 90’s, their popularity eventually declined with the arrival of beta-blockers (timolol, carteolol, betaxolol and levobunolol), which directly decrease the production of the aqueous fluid in the choroid. You can think of beta-blockers as closing off the tap to keep water from flowing. However, their noted heart and lung side effects have become its major drawback and limited its use.

Eventually the prostaglandin analog (latanoprost, bimatoprost, travoprost) soon replaced beta-blockers as first-line glaucoma medication. Unlike its predecessor, it has no unwanted cardiovascular side effects and known for its potency in facilitating aqueous fluid drainage.  Clinical trials likewise prove that a single once a day installation of latanoprost is far more effective than twice daily treatment with timolol.

Although a single type of eye medication is endorsed, often a combination of two or more of these drugs is required for better pressure control. The goal of therapy is to reach a normal IOP level of 10-21 mgHg.  Ideally, a 30-40% pressure reduction is ideal for glaucomaprevention treatment, while the presence of existing optic nerve damage and severe symptoms may warrant a higher than 40% target.

If pressure is uncontrolled by medication, eye surgery, called trabeculectomy is done. This procedure rapidly and effectively decreases intraocular pressure by doing a small slit on the eye’s surface and creating a pocket called a bleb that connects to the outermost surface of the eyeball (subconjunctica), where the fluid can drain. Since the 1960’s trabeculectomy has been the preferred treatment to patients who require rapid pressure control and suffer severe symptoms like eye pain, redness, nausea, vomiting and blurring of vision.

Due to the invasive nature of the procedure, there is always the danger of severe bleeding, bleb failure due to sudden decompression post operatively and the formation of scar tissue on the site in the long term. Moreover, trabeculectomy can injure and trigger an infection of nearby structures of the eye. Currently medications like 5-fluorouracil (5-FU) and mitomycin (MMC) are given during and after procedure to minimize scarring and infection. However some studies indicate that these can actually do more harm than good.

When to Spare the Knife

Although trabeculectomy remains as the standard for its efficacy in lowering intraocular pressures, some patients cannot tolerate the risks it entails. This includes the elderly, persons with lingering medical illnesses, and those who have undergone eye surgeries in the past because of trauma, eye infections or a cataract extraction. In these cases, argon and selective laser trabeculoplasties are recommended as alternatives to surgery. A variation of these laser procedures called the endocytophocoagulation uses a flexible laser-guided tube which burns the choroid tissue thereby seals off aqueous humour production permanently.

Another alternative to trabeculectomy are GDDs or glaucoma drainage devices, examples of which are the molteno tube and baerveldt shunt. GDDs are made of a light silicone biomaterial, which is implanted on the junction where the white (sclera) and transparent (cornea) parts of the eye meet. The device acts like a garden hose that continuously drains excess fluid out. However the rapid egress of fluid also poses a risk of decompression failure. Newer models like the Ahmed shunt possess a valve which better regulate the drain’s flow rate. Despite its 75% success rate in reducing intraocular pressures, a GDD is estimated to only have a lifespan of five years and usually require a corrective re-operation.

Creative Ways to the Canal

Since not all glaucoma patients can be adequately controlled with glaucoma medications, or are too sick to tolerate their side effects and much less undergo the risks and complications of trabeculectomy, doctors have found a clever solution through non-penetrating glaucoma surgery (NPGS) which include deep sclerotomy and viscocanalostomy. And in the hands of a skilled glaucoma specialist, NPGS can effectively lower the pressure of the eye without the dangers accompanying traditional surgery.

One of the most promising non-penetrating glaucoma surgeries is viscocanalostomy. The procedure enables surgeons to insert a flexible tube in the eye’s drainage canals thereby re-opening its aqueous channels without passing through the sensitive area of the eye called the anterior chamber. It is very much like entering through a house’s window instead of using the front door. Viscocanalostomy thus spares the eye’s fragile structures (i.e. lens and iris) from undue manipulation and injury.

Recent studies show that NPGS like viscocanalostomy is equally effective as trabeculectomy in lowering intraocular pressure. Moreover, it has a 50-80% lesser incidence of adverse events compared to traditional trabeculectomy. Yet despite being a safer alternative to traditional filtering surgery, it is still yet to gain wider acceptance from majority of glaucoma specialists due to the extensive amount of training and experience it requires.

Since there is no one treatment that fits for all patients, every healthcare provider must  choose the appropriate treatment for  by considering the glaucoma stage,  extent of functional impairment and nerve injury, while carefully weighing the advantages and disadvantages of each.  Hence, glaucoma need not be a curse of blindness. With the help of a good glaucoma specialist, patients and caregivers can be made aware of their treatment options, enabling them decide intelligently, and empower them to be able to live with glaucoma without fear.