Acupuncture: A Natural Treatment For Glaucoma? 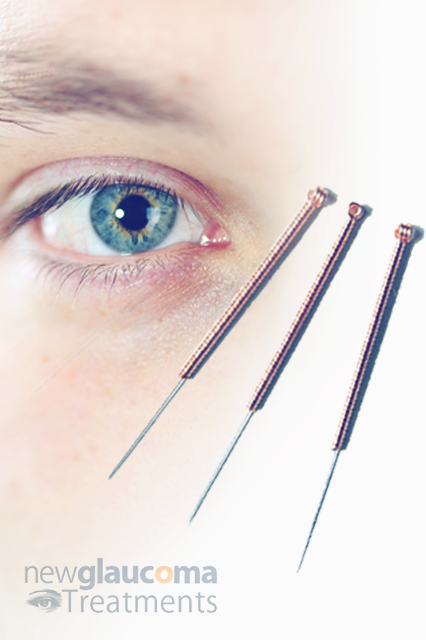 Acupuncture has been touted as a treatment for everything from the common cold to cancer. So, it’s not surprising that glaucoma would be identified as yet another disease that could benefit from this treatment. But, is there evidence that acupuncture can reduce intraocular pressure (IOP) or vision loss from glaucoma?

Early research on animals seemed promising. In the 1970s an experiment was conducted on dogs that had an “experimentally induced glaucoma”. In this experiment dogs treated with acupuncture had a reduction in IOP[1]. Experiments in humans with glaucoma, however, have not been very encouraging. Two small series of patients with glaucoma treated with acupuncture failed to show any change in IOP or visual fields.[2]

Acupuncture as a Therapeutic Modality For Glaucoma

A recent review of the published studies that have evaluated acupuncture’s effect on glaucoma found one study that appeared to show a benefit. In this study the IOP of those patients who received acupuncture dropped by 4-5mmHg one month after initiating treatment. This effect, however, was not seen at any other time during the study (not before or after). Because of the poor quality of the study and the high risk of bias the authors of the review concluded that, “On the basis of currently available evidence, the beneﬁt and harm of acupuncture as a therapeutic modality for glaucoma cannot be established[3].”