Vision Loss in Glaucoma Blamed for Falls in Seniors 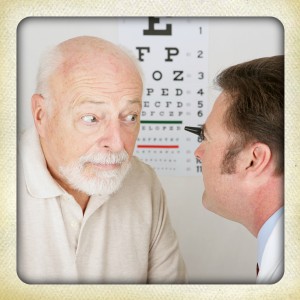 The elderly fall and when they do it can lead to permanent disability and even death.  The cause is usually assumed to be unsteady gait from aching old joints but could it be glaucoma instead? Glaucoma is a condition commonly seen among adults over 60. Largely due to aging, it is a debilitating chronic eye disease that irreversibly destroys the nerves responsible for vision. If left unattended it is the single most important cause of blindness in the geriatric age group and one of the most important contributory factors in physical disability.

Optic nerve damage over the years manifests as difficulties in vision which can result in slips, falls, and injuries. It is estimated that a third of persons with glaucoma lose their lower field of vision from glaucoma and subsequently suffer one or more falls in their lifetime.

A recent study conducted in a senior community with glaucoma residing in Queensland Australia confirms that the loss of one’s lower field of vision is significantly correlated with risk of future falls. The study was conducted among seniors who have been diagnosed glaucoma whether or not they were being treated with eye medications.

The participants volunteered to record in a daily diary the number of times they accidentally fell or slipped to the ground in a span of one year. The extent of visual field loss was tested through an eye test wherein each point missed from the goal corresponded to a decrease in the overall score for either superior or inferior visual fields.  The lower the score, the worse the vision

After a year it was shown that a lower visual field score significantly impaired the participants’ mobility, with 44% of them having had at least one or two falls, 22% having had more than two, while a staggering 31% had resulted to more serious injuries like hematomas, fractures or lacerations.  It was estimated that for every five to ten points lost in the two consecutive inferior visual field tests, the participant increased his or her chances of sustaining a fall by 56% to 62%  after a year.

These alarming figures clearly indicate that glaucoma specialists and eye doctors must be able to screen for a patient’s loss in the lower visual field. Knowing this early on, the clinician can use it as a reliable and objective means to determine a glaucoma patient’s risk. This is most especially true among the highly vulnerable older age group who maybe suffering from other medical conditions like arthritis and muscle weakness.