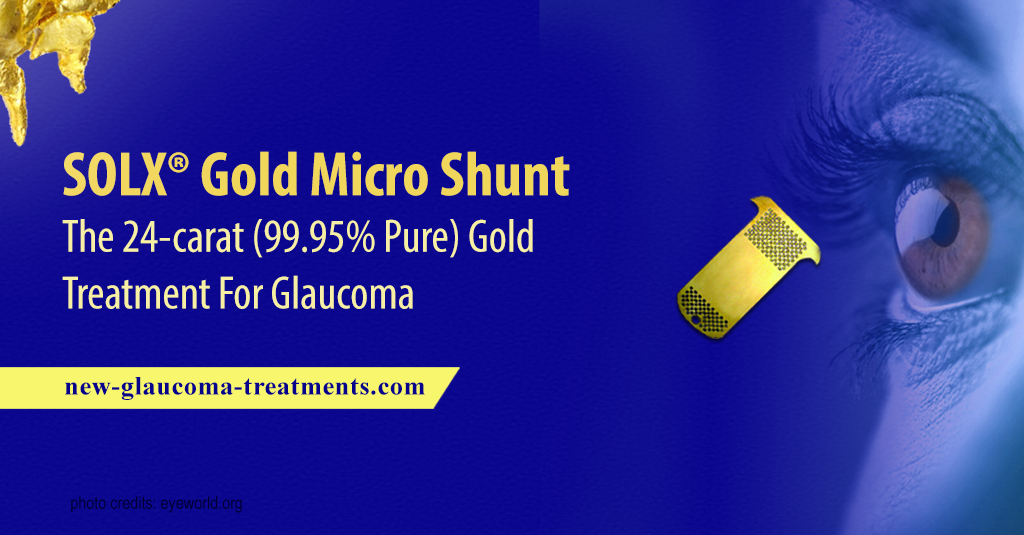 CAUTION — INVESTIGATIONAL DEVICES, LIMITED BY FEDERAL (OR UNITED STATES) LAW TO INVESTIGATIONAL USE. THESE  PRODUCTS HAVE NOT BEEN APPROVED BY THE FDA AS SAFE OR EFFECTIVE.

One of the great challenges of glaucoma surgery is the prevention of scar formation. The body naturally “wants” to heal and has many systems in place to do so. Generally, this healing is desirable (such as when you damage tissue from an injury).  However, it’s almost always undesirable with glaucoma surgery.

Most glaucoma surgeries create a pathway (fistula) for aqueous fluid to exit the eye. Over time most fistulas will scar down due to the natural healing process. One method of preventing closure of a fistula is to place a tube (shunt) inside of it. Even then, however, the body may form a seal at each end of the tube. As such, the ideal shunt would be made of a material that is both non-toxic and accepted by the body without causing scar formation.

How does one develop a material that will be tolerated by the eye without causing inflammation and scarring? Well, in the case of the SOLX® gold micro shunt, serendipity played a role. A piece of gold had been accidentally embedded in a jeweler’s eye for a decade. After it was finally removed the gold object was analyzed. This analysis showed that the object was free of the inflammatory and scar tissue generally noted around objects that had been embedded in the body for any significant period of time.[1] So, could gold be the ideal suprachoroidal shunt material?”

Description of the SOLX® Gold Shunt

How Well Does the SOLX® Gold Micro Shunt Appear to Work?

Available studies are all small in number and notable for only modest IOP lowering or medication reducing benefit at best.[2] Even these modest benefits appear to be time-limited. Most concerning is that a more recent study noted a very high rate of failure in the first year after surgery.[3]

There appear to be few risks associated with implantation of the SOLX® Gold Micro Shunt.[4] Temporary bleeding in the eye (hyphema) or an IOP that was too low (hypotony) were the most commonly encountered complications though these tended to be mild and generally resolved with time. As with any implant, it can also move out of position. Finally, despite the jeweler’s experience, fibrotic (scar) tissue can form in and around the implant.[5]

In theory, the SOLX® Gold Micro Shunt should be an effective surgical treatment of glaucoma. It is made of a material that is well tolerated by the body and is designed to maintain an open pathway for fluid to exit the eye through the suprachoroidal space. However, it may ultimately be one of those “great in concept, less so in execution” treatments.

Although the SOLX® Gold Micro Shunt has received a CE mark in Europe and is cleared for use in Canada, it has yet to receive FDA approval in the USA. Another suprachoroidal implant, the CyPass Micro-Stent®, is much easier to implant and has also received the European CE mark and clearance for use in Canada. Given that, it is unlikely that the SOLX® Gold Shunt will become a commonly used implant for the surgical treatment of glaucoma.

Find out If You Qualify for Canaloplasty