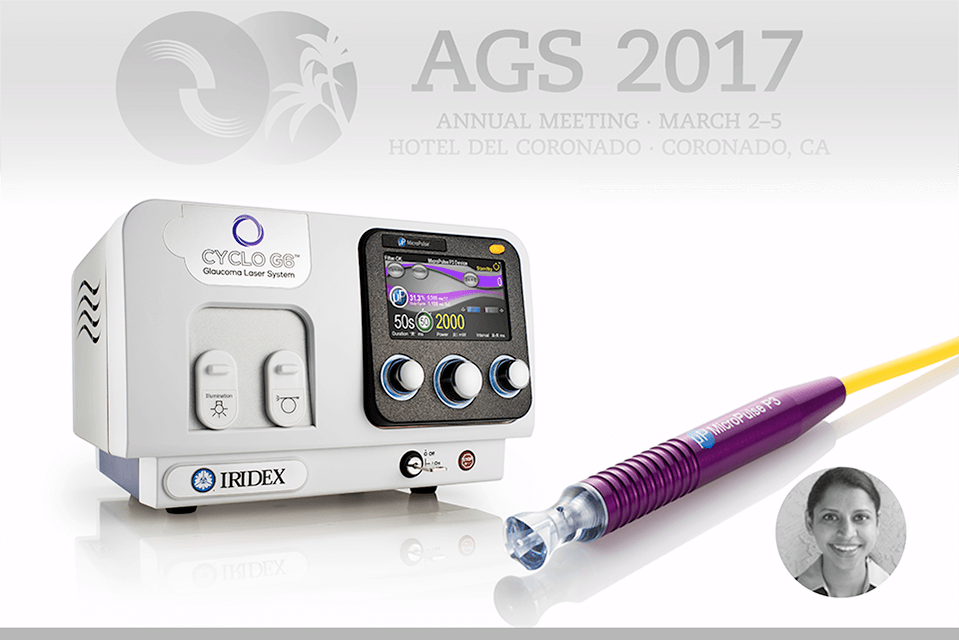 Micropulse® Cyclophotocoagulation (MP3) Can Be an Effective Glaucoma Treatment

Micropulse Cyclophotocoagulation (MP3) can be an effective glaucoma treatment even in those who have not had prior glaucoma surgery. This was one of the conclusions of a poster presented by S. Radhakrishan et. al. at the American Glaucoma Society (AGS) 2017 Annual Meeting in San Diego, CA.

Unlike prior studies that looked only at those who had failed other surgical treatments, this study also included those who had fewer (or no) glaucoma surgeries. Additionally, a wide variety of glaucoma types were included in the study: primary open angle glaucoma (POAG), primary angle closure glaucoma (PACC), mixed mechanism glaucoma (think of this as both POAG and PACC), pseudoexfolation glaucoma (PXFG), normal tension glaucoma (NTG), steroid associated glaucoma, and neovascular glaucoma (NVG), among others.

With regard to stage of glaucoma, only early visual field defects were present in a third of study participants and most had not had prior incisional glaucoma surgery (though 60% had already been treated with laser trabeculoplasty).

166 eyes of 144 patients were studied. However, the length of this study was short with six month data available for less than one half of study participants.

Average IOP decreased from 22mmHg to 16.7mmHg with a mild decrease in number of medications needed from 3.6 to 3.0.

Success appeared to be more likely among female patients and those who received longer duration treatment. Higher initial IOP and severity of glaucoma seemed to be associated with greater risk of failure.

The most common complications included:

One patient in the study (0.6%) did experience a permanent reduction in vision. Of interest is that this patient had received the lower duration treatment.

In summary, this study supports the potential value of Micropulse Cyclophotocoagulation (MP3) at earlier stages of glaucoma. It also reveals that this “gentler” surgery is not without a small risk of vision loss. However, given the higher risk of both non-treatment or traditional glaucoma surgical treatment (trabs and tubes), MP3 still appears to be a welcome and overall lower risk addition to the available surgical glaucoma treatments.