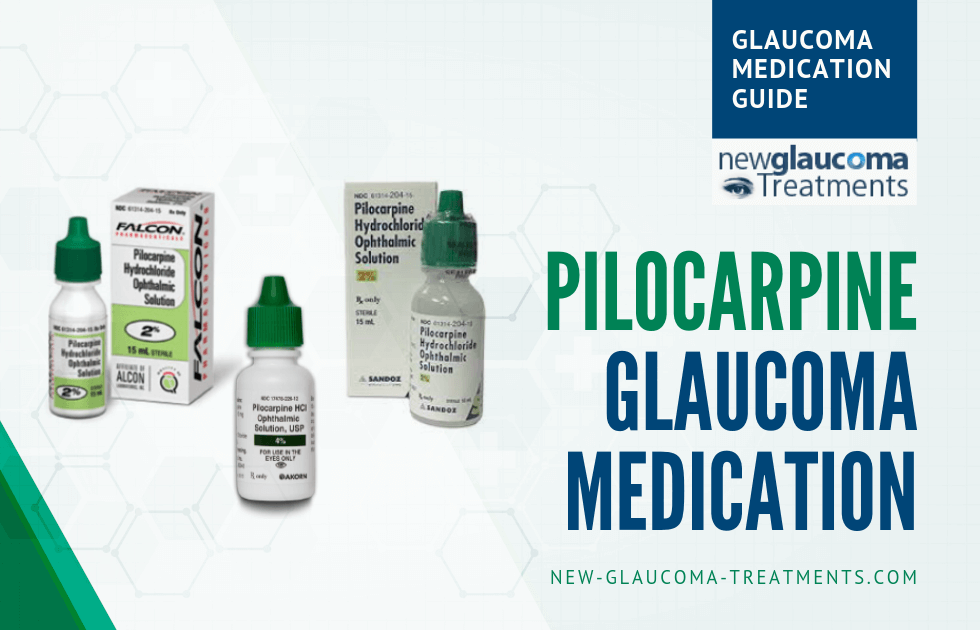 Pilocarpine is a miotic agent which means it constricts the pupil. As the pupil constricts it pulls on the trabecular meshwork, stretching it open. This results in increased flow of aqueous fluid through the eye’s natural drainage system[1].

It can work well, though it is not as effective as timolol[2]. Additionally, there is a large percentage of patients who simply cannot tolerate the side effects.

Pilocarpine is available in multi-use bottles in concentrations ranging from 0.5% to 6% (1%, 2%, and 4% are the most commonly prescribed concentrations).

Most prescription eye drops have a preservative which keeps bacteria from growing in the bottle. However, the most commonly used preservative, Benzalkonium chloride (BAK), can worsen dry eye and may even be toxic to the trabecular meshwork over time. Given that the trabecular meshwork is already not functioning well in most forms of glaucoma, I generally prefer to prescribe preservative-free versions of glaucoma eye drops when available and affordable. Unfortunately, Pilocarpine is not commercially available in a preservative-free form.

Unfortunately, pilocarpine has to be taken four times a day (which is about every four waking hours)[3]. Hardly anyone I know can keep that up long-term. Fortunately, there is some evidence that it may still be effective when taken only twice daily (as least when combined with nasolacrimal duct occlusion)[4].

None available in the USA

Due to the side-effect profile, dosing frequency, interaction with the commonly prescribed prostaglandin analog class, and high cost, Pilocarpine is rarely prescribed today. It’s most common modern use is primarily limited to prior to laser surgery for narrow angles.

Given that this medication has been FDA approved for decades you’d think it would be cheap, right? And a few years ago you would have been right. For reasons I cannot explain, however, Pilocarpine is now quite expensive: often over $200 a bottle.

Although Pilocarpine is one of the few IOP lowering medications that works at the source of the problem in glaucoma (the trabecular meshwork) it’s high cost, often intolerable side effects, and need to use it four times daily make it a poor choice for most active people with glaucoma.