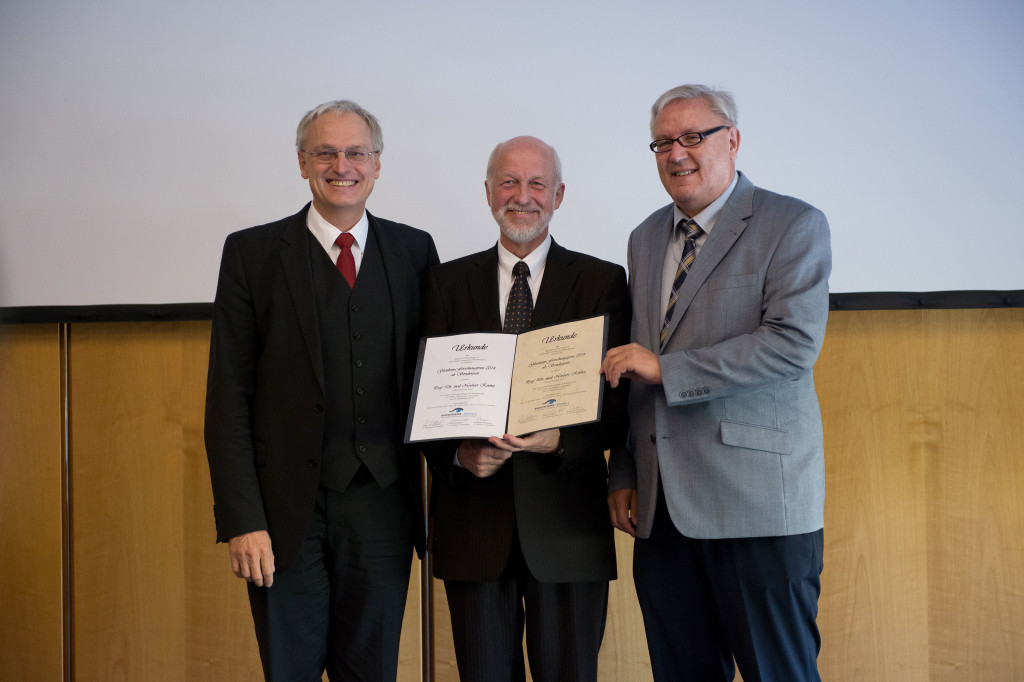 Glaucoma surgeons, however, generally prefer the often outstanding IOP reductions possible with trabeculectomy despite its significant risks. As with subjects under a tyrant king, most glaucoma surgeons are willing to trade the perceived security of intraocular pressure (IOP) lowering for the injustice of high risk. Thus, no revolution has occurred or is likely to occur from within the ruling class of eye surgeons.

Those with glaucoma, however, are not so willing to accept the harsh demands imposed by trabeculectomy including hypotony, long-term risk of infection, permanent lifestyle modifications, and potential loss of vision. The revolution in glaucoma surgery, it seems, may come from patients.

In the Fall of 2015, a German patient advocacy group, Bundesverband Auge, celebrated the work of Professor Norbert Körber, MD, by awarding him the prestigious “Glaukom-Forschungspreis” (for glaucoma research). This award was primarily in recognition of his groundbreaking work in the area of Canaloplasty. What is more striking, however, is that this patient advocacy group took a stance on where Canaloplasty should stand in the hierarchy of glaucoma surgeries:

The German Federate Eye Association (Bundesverband Auge) recognized Canaloplasty as the new “Gold Standard” in the surgical treatment of glaucoma.

English translation: “Canaloplasty is a new surgical technique for the treatment of glaucoma. This method is now already in use at many University Eye Hospital and private clinics. The process is gentle to the patient – through the improvement and restoration of the natural drainage system in the eye to reduce intraocular pressure. As a result, the dangerous pressure peaks in the eye can be prevented and patients need less or no glaucoma eyedrops anymore to regulate intraocular pressure. Compared to conventional glaucoma surgery, there is potentially lower risk, reduced scarring and future treatment alternatives are not ruled out, “says Professor Körber.

Trabeculectomy has enjoyed almost a half century of rule as the king (or “gold standard”) of glaucoma surgery. Back in 1968 it was revolutionary and provided (at that time) a safer alternative to “full-thickness” glaucoma surgeries that were even riskier than trabeculectomy. Times have changed, however, and a similarly effective yet safer glaucoma surgery now exists in Canaloplasty.

It’s time for trabeculectomy, the tyrant king of glaucoma surgery, to step down.