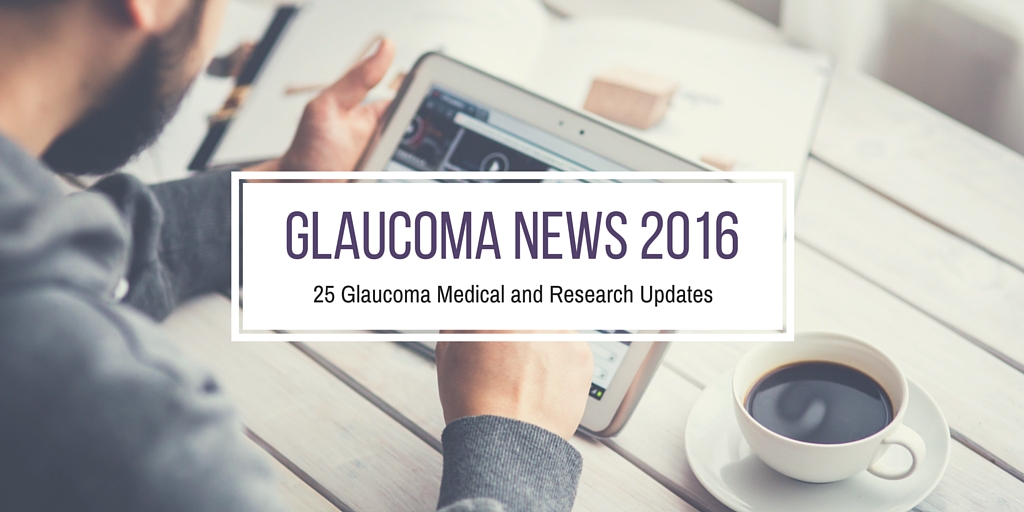 Some Yoga Poses May be Dangerous for Glaucoma Patients

Some yoga poses can lead to increase in intraocular pressure (IOP) and therefore, should be avoided by people suffering from ?glaucoma?

More evidence that the Ex-PRESS glaucoma mini-shunt adds cost without benefit to those who need trabeculectomy glaucoma surgery. Also worth noting is that “qualified success” three years out from surgery was just over 50% with approximately 50% of patients requiring glaucoma drops in both groups. And yet, trabeculectomy is considered by many to be the “gold standard” of glaucoma surgery?

Research suggests the possibility of restoring at least some visual function in people blinded by optic nerve damage from glaucoma, estimated to affect more than 4 million Americans, or from trauma.

“A biodegradable sustained-release bimatoprost implant (Bimatoprost SR, Allergan) is safe and effective for the treatment of glaucoma, and could change the treatment paradigm for the disease, according to investigators involved in a phase 1/2 trial.

The implant was developed to address the problem of nonadherence in glaucoma, said Richard Lewis, MD, from Sacramento Eye Consultants in California. And the results are promising — it ‘provided rapid and sustained lowering of intraocular pressure.'”

Dr. Wiggs, Team ID Genes that Contribute to Most Common Form of Glaucoma

“The discovery of three more genes linked to the most common type of glaucoma could boost efforts to fight the eye disease, researchers report.

The three newly identified genes associated with primary open angle glaucoma bring the total number of such genes to 15, according to the study published online Jan. 11 in Nature Genetics.”

With glaucoma, if at first you don’t succeed…shunt again.

Glaucoma is a progressive disease of the eye that often requires adding medications, laser, and even surgery over time. What many patients with glaucoma don’t understand is that surgery is not a “cure”. As with medications and laser treatment, glaucoma surgeries often just buy time before something else needs to be done. What does one do when surgery fails to control the intraocular pressure (IOP)? More surgery. Commonly, glaucoma drainage devices (GDDs) are chosen when the first glaucoma surgery (be it trabeculectomy, GDD, or canaloplasty) fail.

But how well does additional surgery work if the primary surgery failed?

A recently published article in the Journal of Glaucoma took a look at that question and concluded that “Most eyes undergoing a second GDI achieve adequate IOP control with fewer antiglaucoma medications.”

However, upon closer inspection, such an upbeat conclusion may seem a bit Pollyannaish. Why? Because, “The median time to failure” was just over two years. So, on average, if an initial glaucoma surgery fails then placement of a glaucoma drainage device is likely to buy another two years of IOP control.

Yet another article addressing what to do when ?glaucoma? drainage devices (GDDs) fail has been published in the Journal of Glaucoma. This time repeat GDD placement was compared with cyclophotocoagulation (CPC). Although a small study, some trends were identified. Both glaucoma drainage devices and cyclophotocoagulation were estimated to be able to maintain IOP control in over 50% of patients five years out from surgery.

Unfortunately, almost a third of patients who had undergone sequential glaucoma drainage device placement developed corneal edema (swelling) by three years after the surgery. Less than 10% of those who had cyclophotocoagulation developed this complication.

Gene therapy appears promising as a treatment for ?glaucoma? (at least in mice)

How pancakes can help treat glaucoma

What has pancake to do with glaucoma? According to researchers, understanding the textures and patterns of pancakes can help them improve surgical methods for treating glaucoma.

Are we treating the wrong pressure in ??glaucoma??

Dr. John Berdahl recently presented compelling evidence that adjusting the pressure around the ?eye? could protect the optic nerve from glaucoma damage.

It seems that the optic nerve doesn’t care so much about the absolute pressure, but rather the relative difference in pressure between the inside of the eye and the cerebrospinal fluid (CSF) behind it. Given that CSF bathes the brain, it would be challenging and risky to adjust the CSF pressure. So Dr. Berdahl is investigating the option of using special vacuum-creating goggles to lower the atmospheric pressure in front of the eye.

“This is the first successful transplant of mature retinal ganglion cells (RGC). The experiment, supported by BrightFocus’ National Glaucoma Research program, is already gaining attention in the vision world as a new concept for restoring sight to damaged eyes.”

>> Got Questions? See Our FAQs or Ask Dr. David Richarson <<

Boosting leafy green vegetable intake is associated with a reduced risk of developing glaucoma, a leading cause of blindness.

Update on gene therapy for glaucoma?…

Minimally invasive micro sclerostomy may be alternative to trabeculectomy

Minimally invasive micro sclerostomy (MIMS) is yet another refinement of bleb-dependent surgery. Too early to say if this will effectively lower intraocular pressure (IOP) but the sheer amount of innovation in the glaucoma treatment space is encouraging.

More evidence that glaucoma? is not just a disease of the eye? but of the brain as well.

The “chicken or egg” question, however, still remains: “Is glaucoma primarily a disease of the optic nerve or of the brain? In other words, “In what structure does the disease initially develop?” We still do not have a definitive answer to that question.

Only when that question is answered can we hope to truly find a cure (not just disease-modifying treatments) for this condition.

FDA clears path for Phase 3 trial of potential new glaucoma treatment: OTX-TP (sustained release travoprost). If approved, this preservative-free drug containing implant would sit in the eye’s drainage canal (between the eye and the nose) and deliver the prostaglandin analog travoprost for up to three months.

A recently reported study of over 200 patients who underwent ABiC showed impressive results: intraocular pressure (IOP) dropped an average of one third with a reduction in medication use by half.

No serious complications were encountered.

Vision lost to ?glaucoma? is generally considered to be irreversible as the damaged Retinal Ganglion Cells (RGC) cannot naturally regenerate. New animal research suggests that RGCs may be coaxed into regenerating after all. These areas of research could lead to promising new glaucoma treatments.

Canaloplasty glaucoma surgery shown to reduce intraocular pressure (IOP) fluctuation. Lowering IOP has long been a goal of glaucoma treatment. But IOP fluctuation can also damage the optic nerve leading to permanent loss of vision. The results of this recent study should give some extra peace of mind to those who have chosen or are considering canaloplasty as a surgical glaucoma treatment option.

“Twelve-month results showed that average IOP decreased from 19 mm Hg on two medications to 13.3 mm Hg on one medication…
…No complications or safety problems were reported.”

The microbiome (our body’s resident bacteria) and its association with disease just seems to be the latest fad in medical research. Nonetheless, I did read with interest a recently published study which associated higher oral bacterial counts with the presence of glaucoma.

Does this mean that regular flossing and use of over-the-counter mouthwash could be an effective treatment of glaucoma? Unlikely. However, I will listen more attentively the next time I’m at my dentist’s office.