Glaucoma Drops: Saving Your Sight, One Drop At A Time

Eye medications have been used to treat glaucoma effectively for decades. Different glaucoma drugs have evolved from the miotics of the 60’s (pilocarpine, carbachol epinephrine); beta blockers (timolol, carteolol, betaxolol); carbonic anhydrase inhibitors (dorzolamide); alpha agonists (iopidine, brimonidine) and the most recent to be introduced in the 90’s: prostaglandin analogs (latanoprost, bimatopost and travoprost).

Glaucoma drops are given for the purpose of improving the “outflow” of the eye fluid or alternately, to reduce the production of aqueous fluid. Either way, both result in an overall reduction in intraocular pressure (IOP).  Beta blockers and carbonic anhydrase inhibitors are examples of drugs that decrease aqueous production, while the miotics and prostaglandins allow fluid out of the eye. 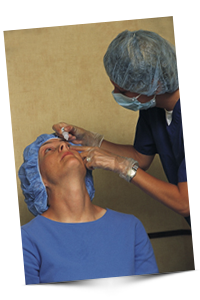 Beta blockers have long been considered unsafe for older glaucoma patients who are commonly afflicted with heart failure or rhythm irregularities, asthma, chronic obstructive pulmonary disease (COPD) and psychiatric disorders like depression. Since beta blockers tend to aggravate or trigger existing symptoms of these diseases, they are often not prescribed to the elderly and high-risk patients.  Miotics and carbonic anhydrase inhibitors are also unpopular because of their known adverse reactions such as headache, eye pain and visual blurring.

Prostaglandins on the other hand have no such life-threatening and uncomfortable side effects and can be safely used by the elderly and in patients with known heart or lung ailments. Cosmetic effects, however, are noted such as darkening of the iris’ color and skin around the eye, and a lengthening of  lashes.  In general, however, prostaglandins are far better tolerated when compared to all other glaucoma agents. Since their introduction in the 90’s, prostaglandins have slowly replaced beta blockers and miotics as the drug of choice by virtue of having the most effect on IOP and  least ,and most benign side effects.

For many people however, a combination of two or three glaucoma drugs is required to achieve eye pressure control. Outside of the USA, beta blockers and prostaglandins are sold as fixed drug pairs or combinations such as timolol plus latanoprost (Xalcom) and travoprost plus timolol (DuoTrav). In the USA only two combination agents are available: timolol plus brimonidine (Combigan) and timolol plus dorzolamide (Cosopt).

When Glaucoma Drops are just not Enough

In published clinical studies many of the available glaucoma drops work very well.  In practice, however, there are many reasons why glaucoma eye medications fail. In one 2004 landmark study, actual patients applying their eye drops at home were videotaped. Surprisingly, among the 142 subjects observed, a third to half of them were discovered to be incorrectly using their eye drops. They were documented as making one or more of the following omissions:

A more recent study in the journal Ophthalmology confirmed these findings. Patients fail to instill their drops correctly. Since majority of glaucoma patients are in their advanced years, it is normally expected for them to suffer from arthritic hands and cognitive impairments, which makes it challenging to properly instill their glaucoma eye drops. As a result patients may short-change themselves and eventually suffer the consequence of sub-optimal  treatment. The advent of promising non-medical alternatives like Canaloplasty may offer a more effective long-term solution for those patients who have difficulty with the proper use of Eye Drops eye drops. These procedures have been shown in some studies to be more cost-effective in the long term and provide better IOP control.

Learn the Costs and Side Effects for each of the commonly used FDA approved classes of glaucoma medications.